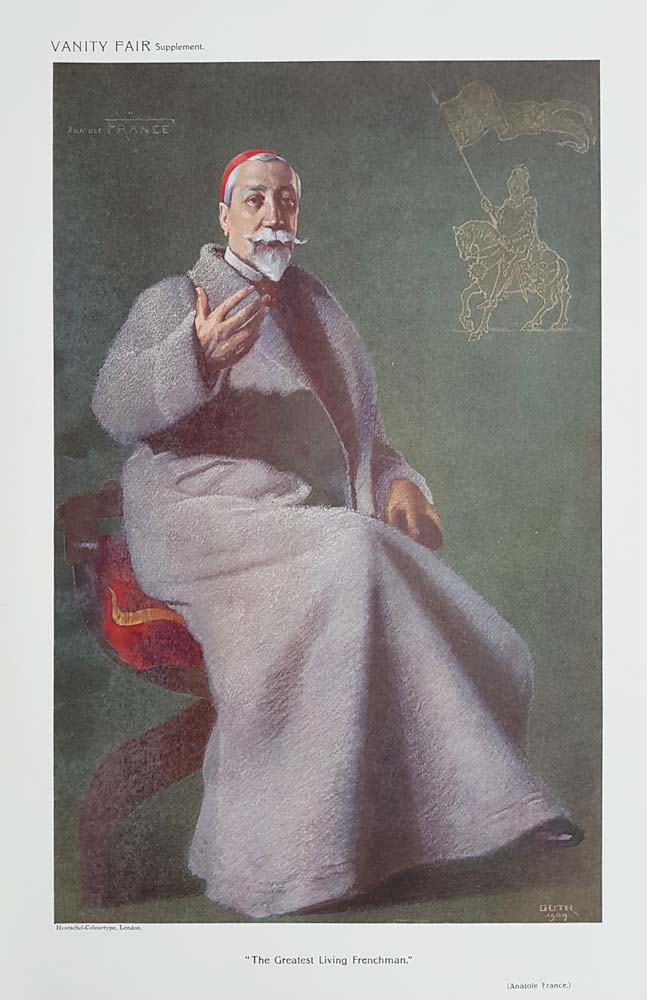 "His French was at once acknowledged to be finer than Renan's; as easy and as polished as the elder master; even more rhythmic and shot through with delicious irony.... and curiously perfect literary treatment.... Anatole France is the greatest of living Frenchmen - the greatest writer in Christendom today".

Anatole France (16 April 1844 – 12 October 1924), born Jacques Anatole François Thibault, was a French poet, journalist, and novelist. Ironic and skeptical, he was considered in his day the ideal French man of letters. A member of the Académie française, he won the 1921 Nobel Prize in Literature in recognition of his literary achievements. He is widely believed to be the model for the narrator's literary idol "Bergotte" in Marcel Proust's In Search of Lost Time.