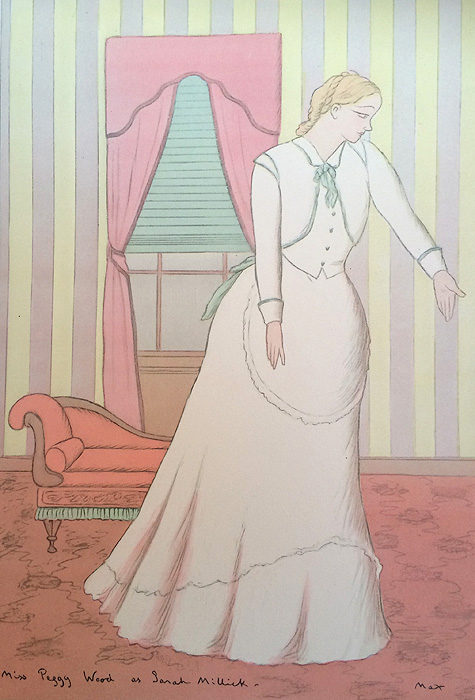 Description: Photolithograph From Heroes and Heroines by Max Beerbohm. Noel Coward wrote this 3 act operetta and Cochran produced it at Her Majesty's Theatre, London (1929) where it ran for 967 performances. Cochran commissioned Beerbohm to draw Noel Coward, Charles Cochran and the leading actors in their roles: Peggy Wood as Sarah Millick; Georges Metaxa as Carl Linden; Ivy St Helier as Manon.

Mary Margaret "Peggy" Wood (February 9, 1892 – March 18, 1978) was an American actress of stage, film, and television. She is best remembered for her performance as the title character in the CBS television series Mama (1949–1957), for which she was nominated for a Primetime Emmy Award for Outstanding Lead Actress in a Drama Series; her starring role as Naomi, Ruth's mother-in-law, in The Story of Ruth (1960); and her final screen appearance as Mother Abbess in The Sound of Music (1965), for which she was nominated for an Academy Award and a Golden Globe Award.