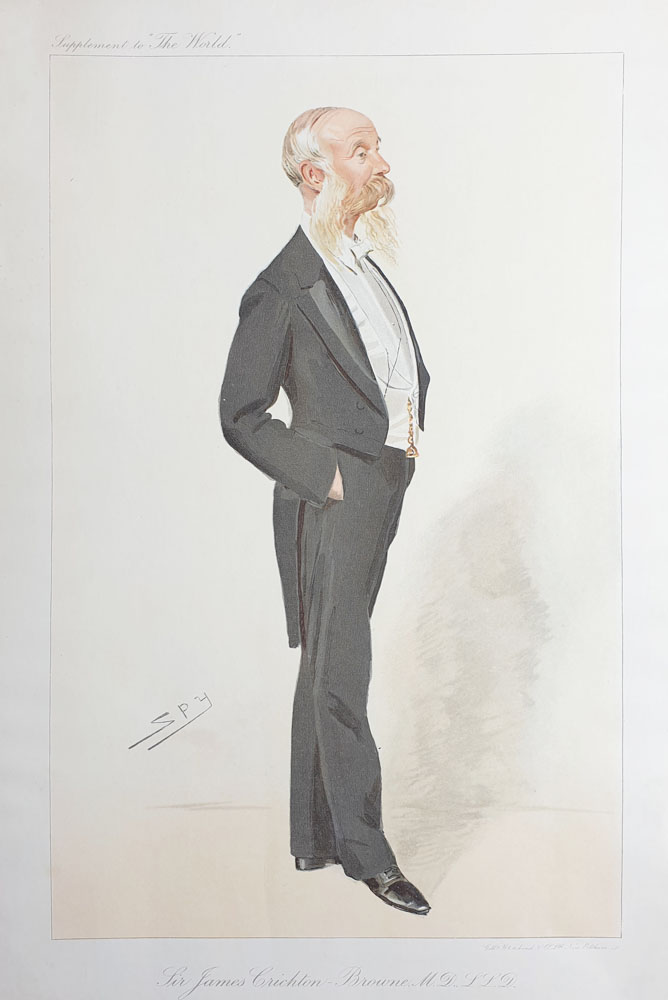 Description: The World Supplement chromolithograph print by Spy. Very scarce.
A leading Scottish psychiatrist, neurologist and medical psychologist. He is known for studies on the relationship of mental illness to brain injury and for the development of public health policies in relation to mental health.