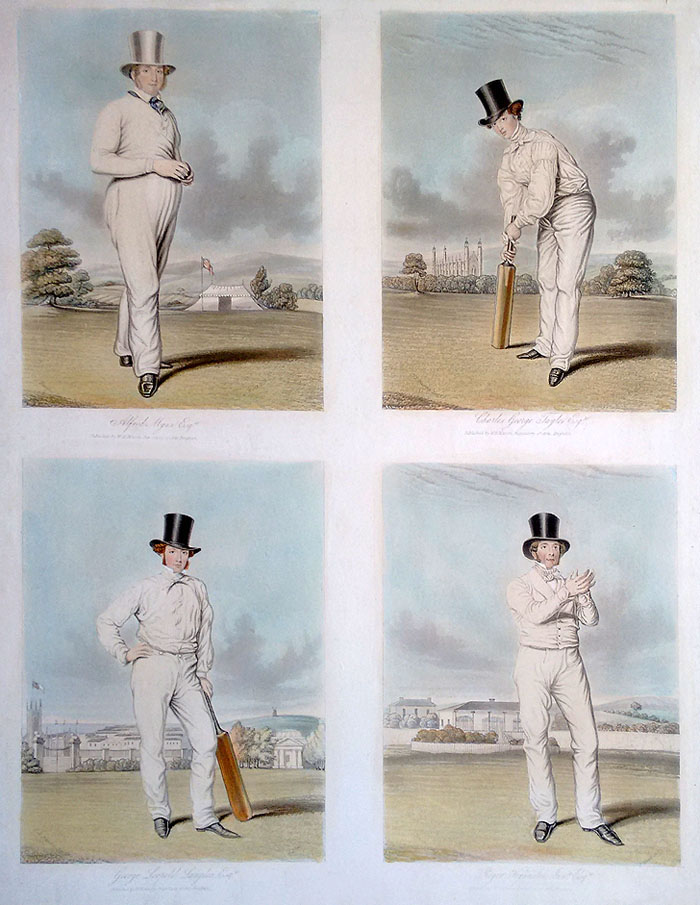 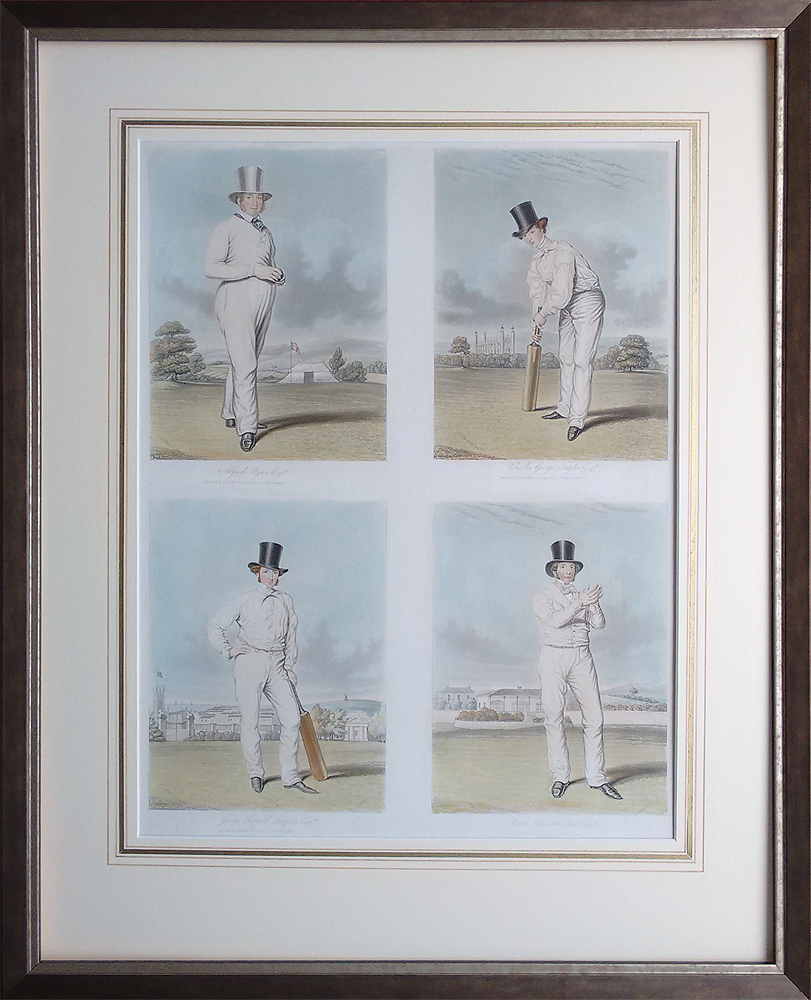 Charles John Basebe (1818-1880) a figurative and genre artist who specailized in cricketers. During the 1840’s he produced several cricket portraits which were issued as coloured aquatint prints. He worked closely with the portrait painter, William Drummond, together produced the painting 'A Cricket Match between the Counties of Sussex and Kent, at Brighton'. He married Caroline Busby (b. 1821) and they had eight children including Athelstane Basebe and Charles Edward Basebe. Also published lithographs of topographical views including: Three plates for 'Six Views of Windsor Castle' circa 1835. Plates for Alfred Crowquill's A Peep at Brighton 1848. His probate record reads: Charles John Basebe (26 February). Administration of the Personal Estate of Charles John Basebe, late of 21 Langdon-road, Islington, Middlesex, who died 22 January 1880 at 21 Langdon Road was granted at the Principal Registrt to Caroline Basebe of 21 Langdon-road Widow the Relict.