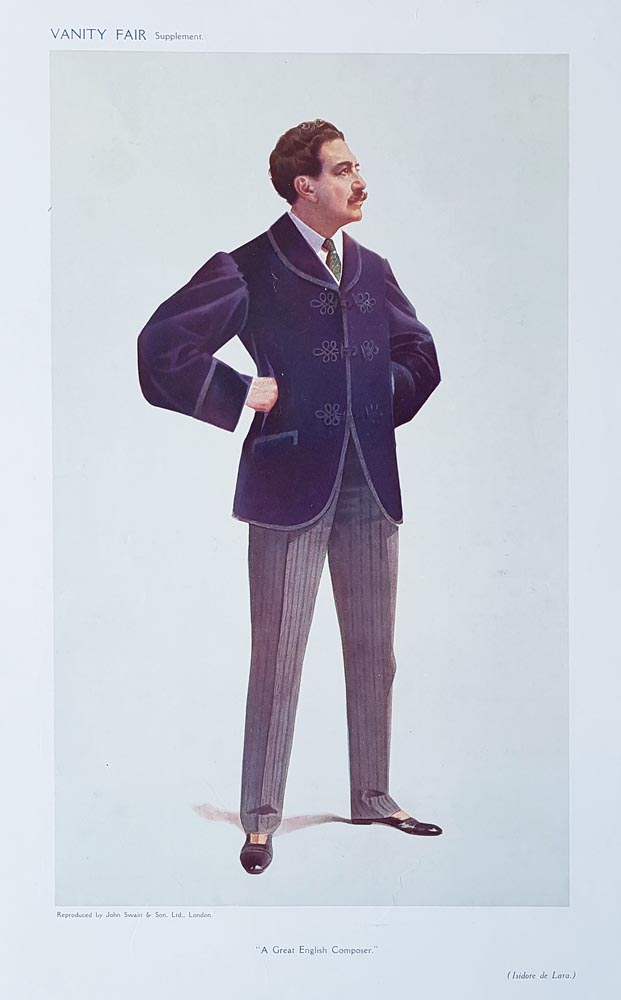 Isidore de Lara, born Isidore Cohen (9 August 1858 – 2 September 1935), was an English composer and singer. After studying in Italy and France, he returned to England where he taught for several years at the Guildhall School of Music and Drama and became a well known singer and composer of art songs. In the early 1880s he began to compose music for the stage, eventually achieving his greatest successes with opera in Monte Carlo from the late 1890s through the outbreak of World War I. His most popular opera, Messaline (1899), enjoyed frequent revivals throughout Europe and in the United States during the first quarter of the 20th century. He returned to London and spent much of the 1920s trying to create a permanent National opera company in England without much success.