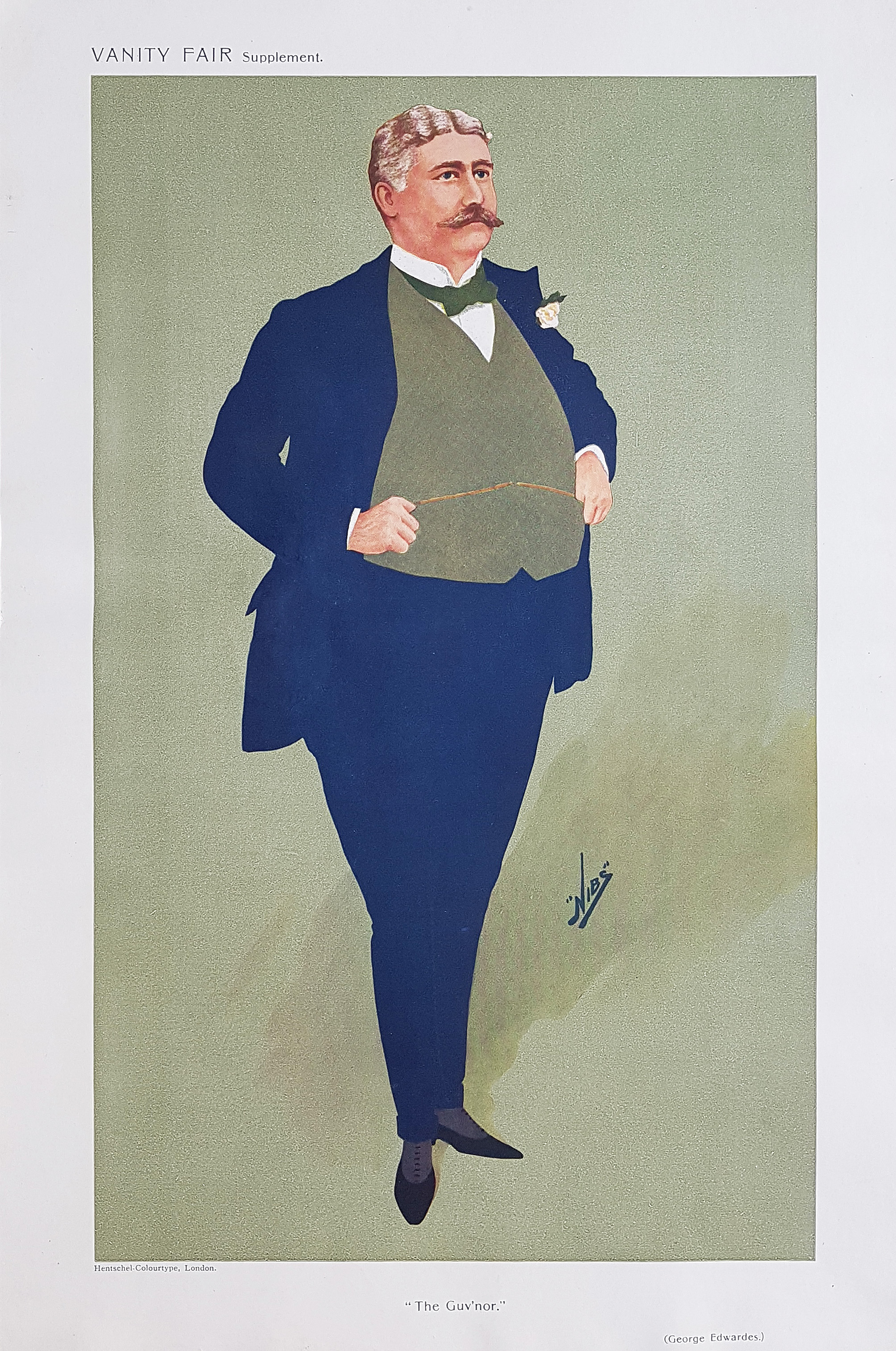 George Joseph Edwardes (8 October 1855 – 4 October 1915) was an English theatre manager and producer of Irish ancestry who brought a new era in musical theatre to the British stage and beyond. Edwardes started out in theatre management, soon working at a number of West End theatres. By the age of 20, he was managing theatres for Richard D'Oyly Carte. In 1885, Edwardes became a manager at the Gaiety Theatre with John Hollingshead, who soon retired. For the next three decades, Edwardes ruled a theatrical empire including the Gaiety, Daly's Theatre, the Adelphi Theatre and others, and sent touring companies around Britain and abroad. In the early 1890s, Edwardes recognised the changing tastes of musical theatre audiences and led the movement away from burlesque and comic opera to Edwardian musical comedy.