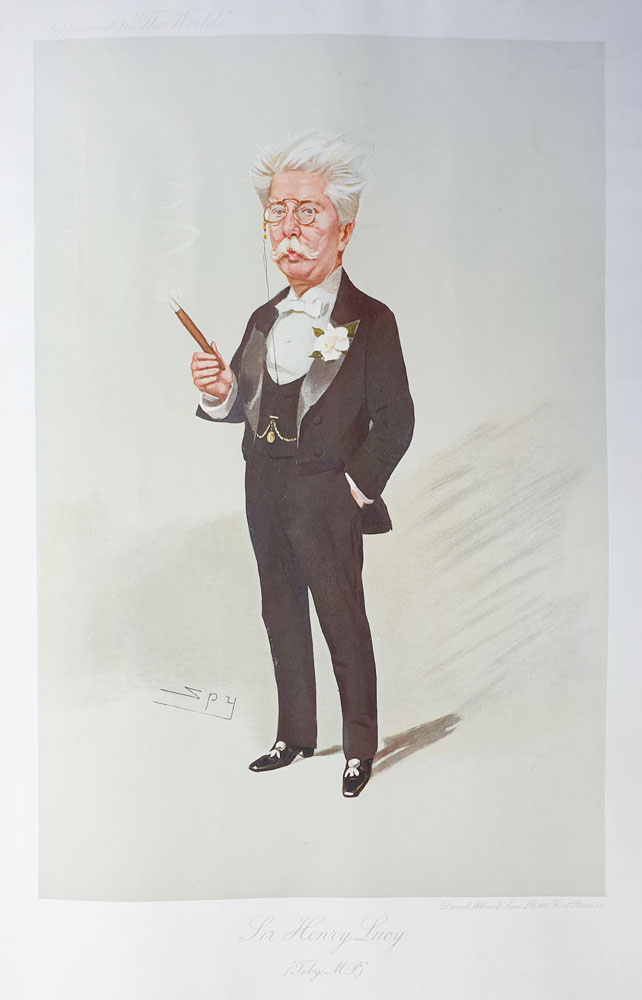 Description: The World Supplement chromolithograph print by Spy. Very scarce.
A famous British political journalist of the Victorian era. He was widely known on both sides of the Atlantic. Known as serious commentator of parliamentary affairs, an accomplished humorist and a parliamentary sketch-writer. Ernest Shackleton, named a mountain after him in Antarctica.

Lucy was a long-running friend and fund-raiser for Shackleton's expeditions to the South Pole. His generosity exceeded expectations, guaranteeing its success. Knighted in 1909, he was the first lobby correspondent to be seen as the social equal of the politicians in the Commons on whom he reported.

A Parliamentary sketch writer for Punch from 1881, using the nom-de-plume "Toby, M.P." he wrote the weekly column "The Essence of Parliament" from 1881 to 1916.