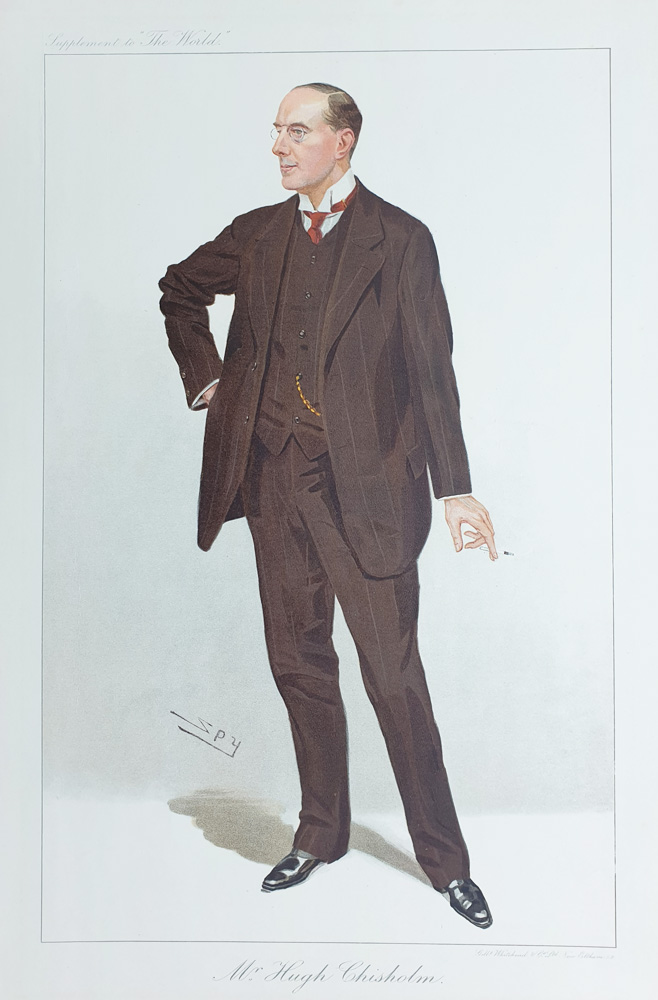 Description: The World Supplement chromolithograph print by Spy. Very scarce.
A British journalist, and editor of the 10th, 11th and 12th editions of the Encyclopædia Britannica.