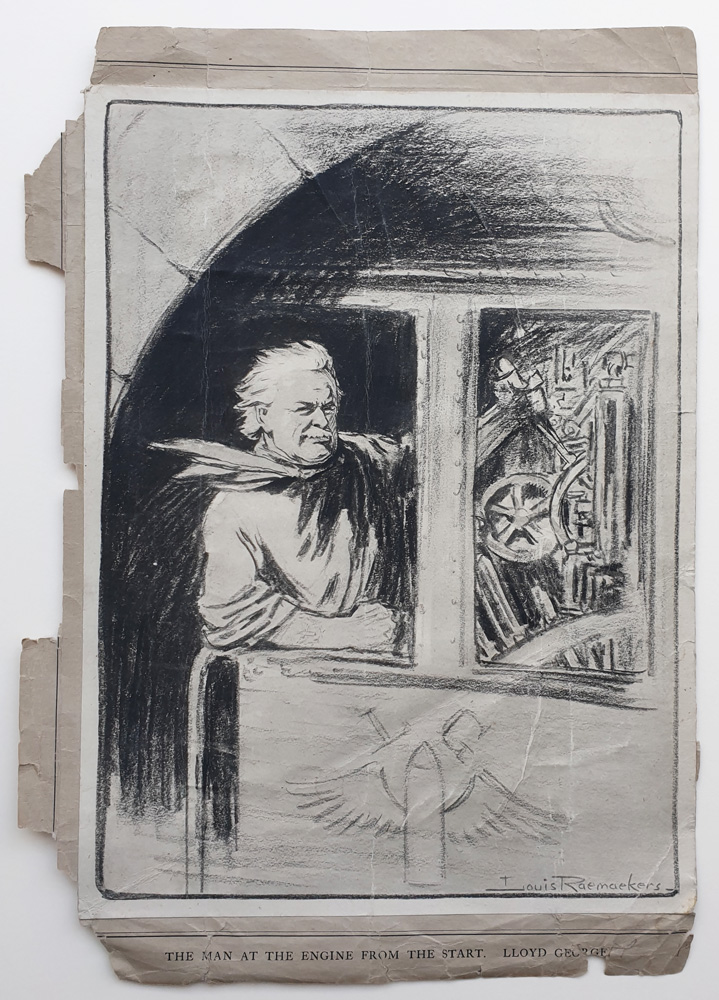 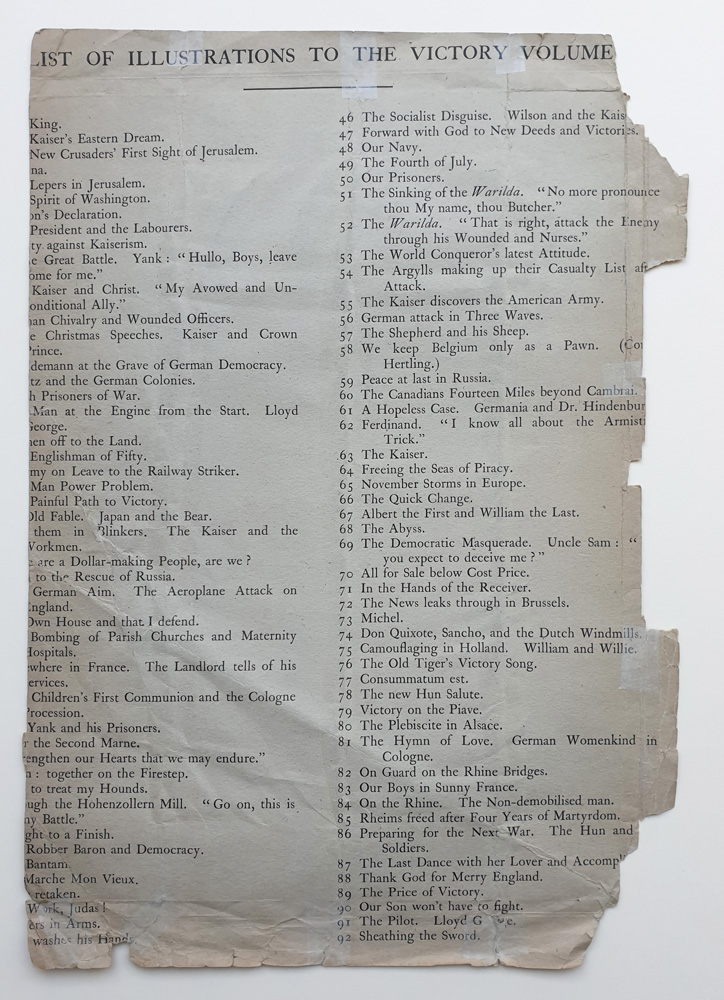 Title: The Man at the Engine from the Start. LLoyd George

Description: Lithograph depicting Lloyd George as an engine driver with a symbol of a winged artillery shell on his cab door.

Louis Raemaekers April 6, 1869 – July 26, 1956
A Dutch painter and editorial cartoonist for the Amsterdam newspaper De Telegraaf during World War I, noted for his anti-German stance.
After the Germans invaded Belgium, Louis Raemaekers became one of their fiercest critics. He became a stern advocate of The Netherlands abandoning its neutral stance. His cartoons depicted the rule of the German military in Belgium, portraying the Germans as barbarians and Kaiser Wilhelm II as an ally of Satan.
Louis Raemaekers achieved his greatest success after leaving the Netherlands, he moved to London in November 1915, where his work was exhibited in the Fine Art Society on Bond Street.
From early 1915 Raemaekers' cartoons had already appeared in British newspapers and magazines. In early 1916 he signed a contract with the Daily Mail and they appeared in this newspaper on a regular basis for the next two years.