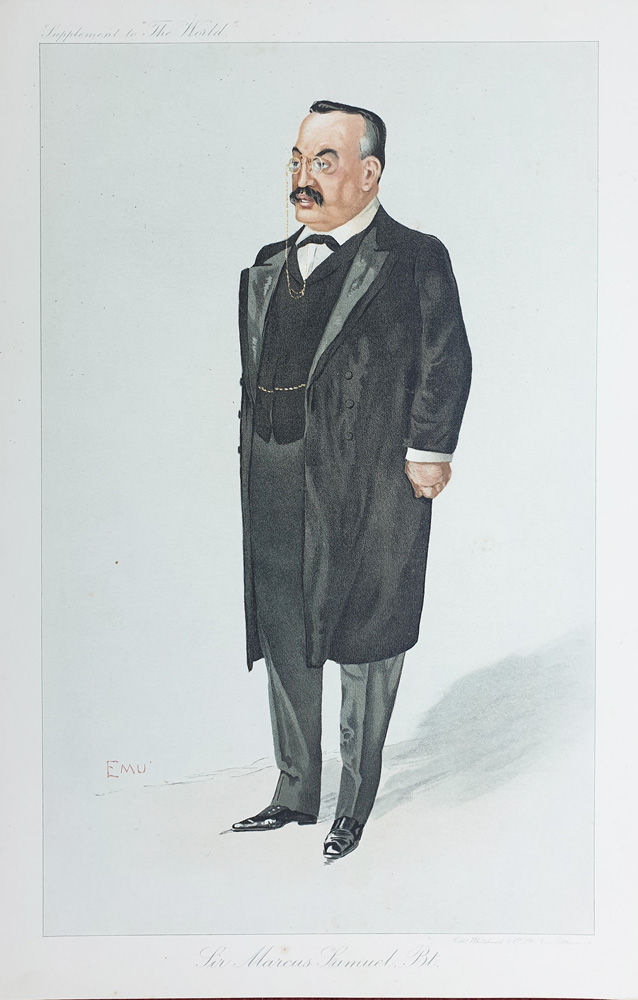 Description: The World Supplement chromolithograph print by EMU. Very scarce.
1st Viscount Bearsted, He was a JP , known as Sir Marcus Samuel 1898 ato 1921 and later inherited the title Lord Bearsted, was Lord Mayor of London and the founder of the Shell Transport and Trading Company, which was later incorporated a Dutch company commonly referred to as Royal Dutch Shell.