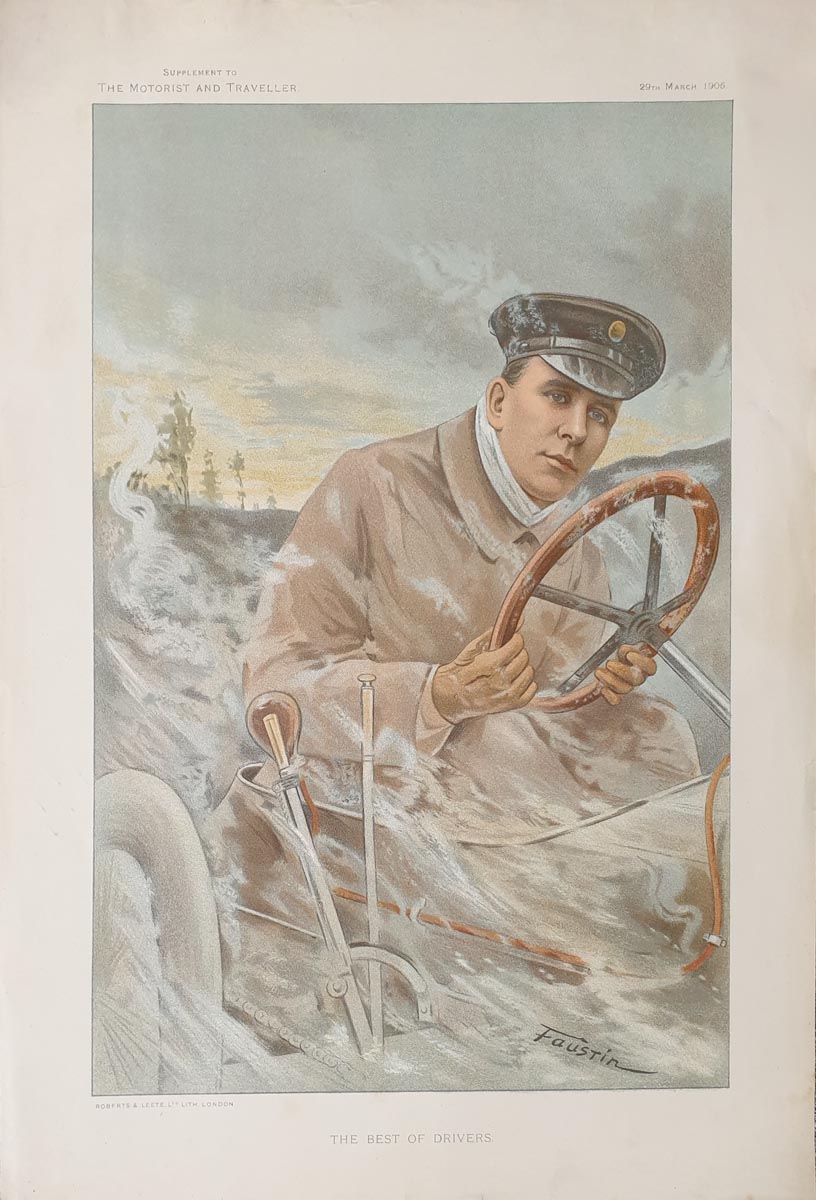 Description: Chromolithograph print, Supplement to The Motorist and Traveller by B. Faustin. Very scarce.
Printed by Roberts and Leete Ltd. Lith. London. This magazine appears to only been in circulation for approximately 1 or 2 years.