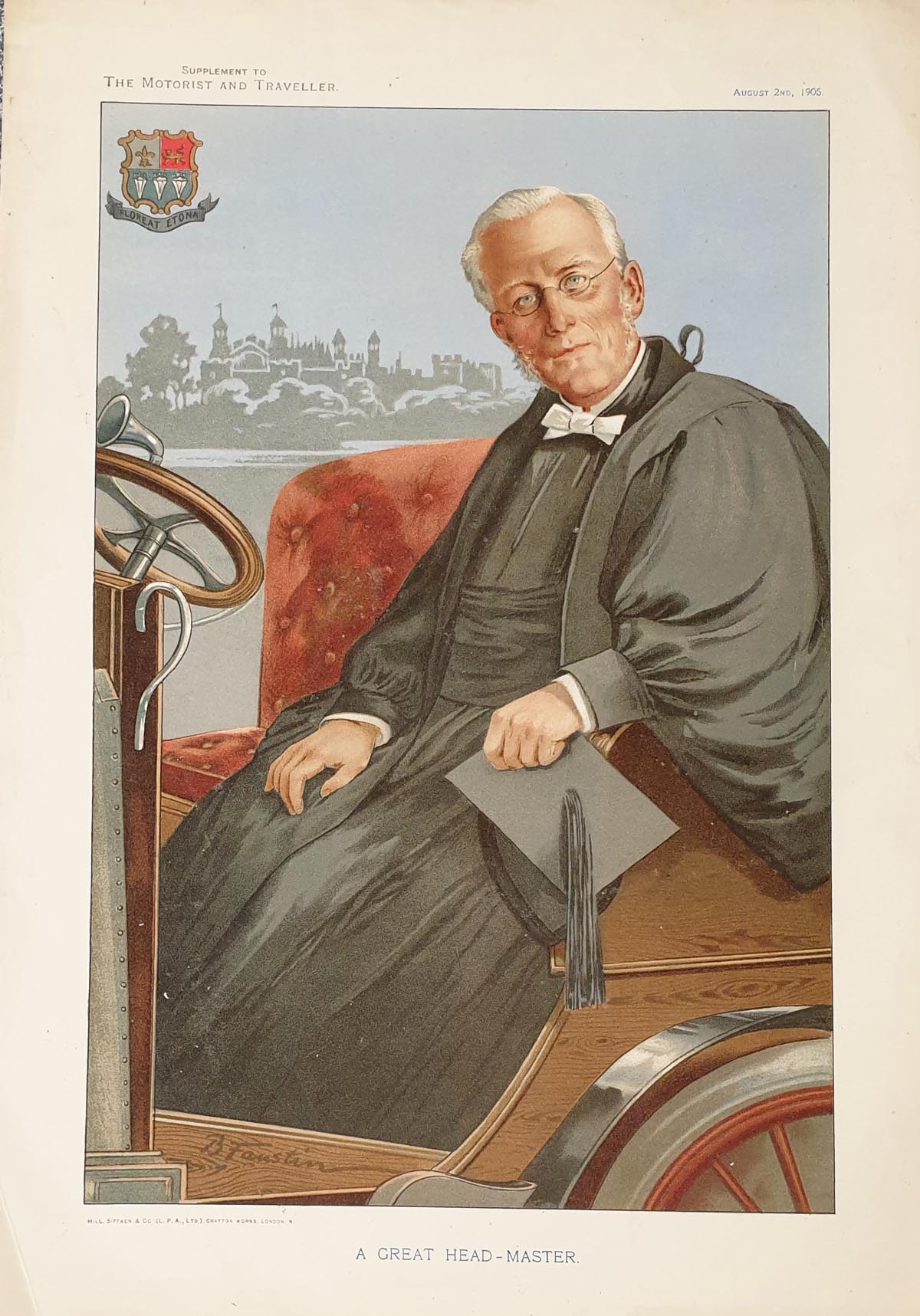 Description: Chromolithograph print, Supplement to The Motorist and Traveller by B. Faustin. Very scarce. The Head-master seated in his car with Eton College in the background.
Printed by Hill, Siffken & Co. (L.P.A. Ltd.) Grafton Works, London, N. This magazine appears to only been in circulation for approximately 1 or 2 years.