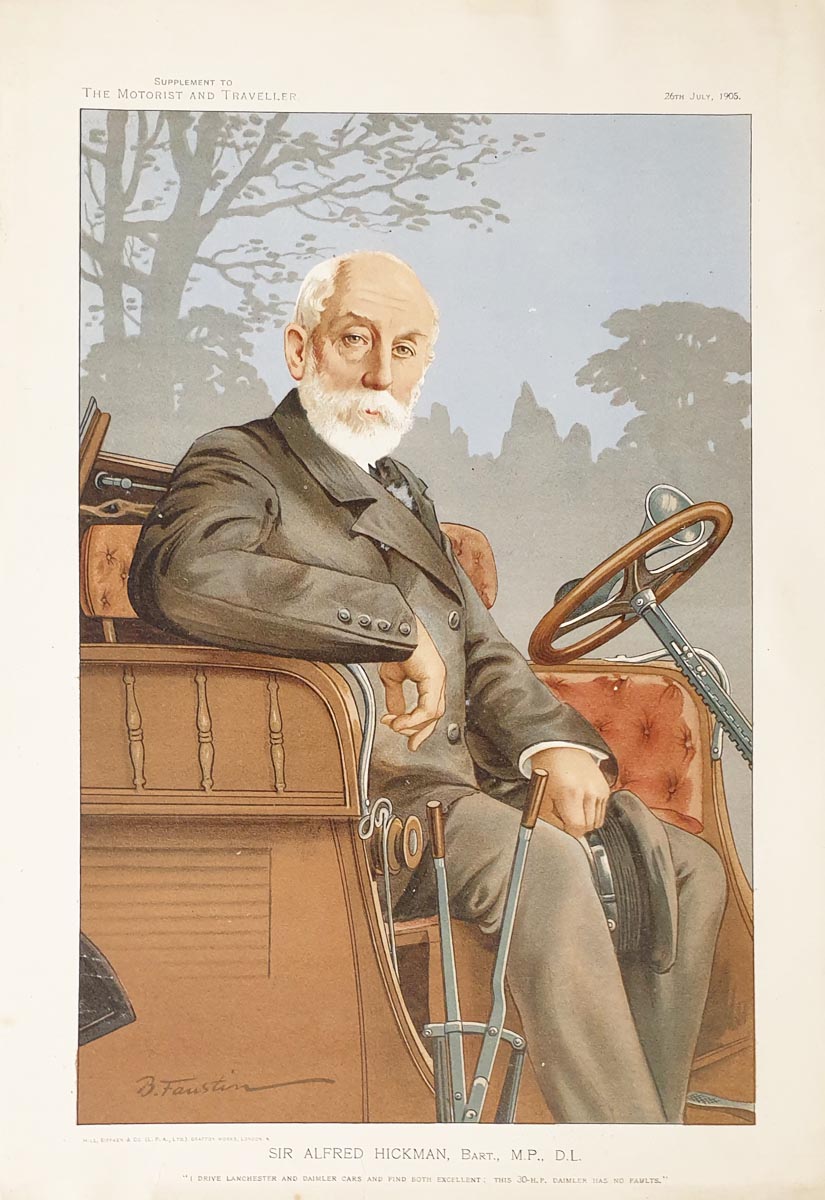 Title: Sir Alfred Hickman BART, M.P. D.L.
"I drive Lanchester and Daimler cars and Find Both Excellent: This 30-H.P. Daimler has no faults"

Description: Chromolithograph print, Supplement to The Motorist and Traveller by B. Faustin. Very scarce.
Sir Alfred Hickman, 1st Baronet (3 July 1830 - 11 March 1910) an industrialist and Conservative politician who sat in the House of Commons between 1885 and 1906 Printed by Hill, Siffken & Co. (L.P.A. Ltd.) Grafton Works, London, N. This magazine appears to only been in circulation for approximately 1 or 2 years.