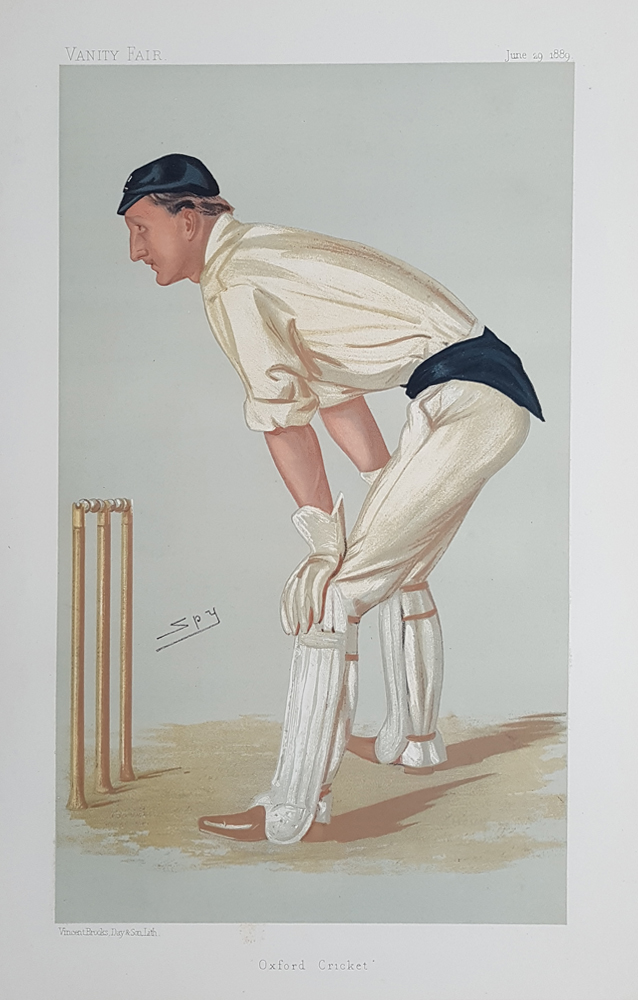 Description: Chromolithograph by Spy. Hylton "Punch" Philipson (8 June 1866 in Tynemouth, Northumberland, England – 4 December 1935 at Hyde Park, London, England) was a cricketer who played first-class cricket for Oxford University between 1887 and 1889 and for Middlesex between 1895 and 1898. Throughout his career Philipson was competing for the wicket-keeper's spot in the English Test side with Gregor MacGregor, which resulted in him playing in only five Test matches for England, which he did on the 1891/2 and 1894/5 tours of Australia. He also toured India with George Vernon in 1889, though this tour did not include any Tests. Philipson went to Eton and had a good record as a schoolboy cricketer, before going to Oxford, where he got his blue and where he became captain in 1889. He also represented Oxford at tennis, rackets and Association football. His highest first-class innings was his 150 for the University against Middlesex in 1887, and in this year he was selected to play for the Gentlemen at both Lord's and the Oval.