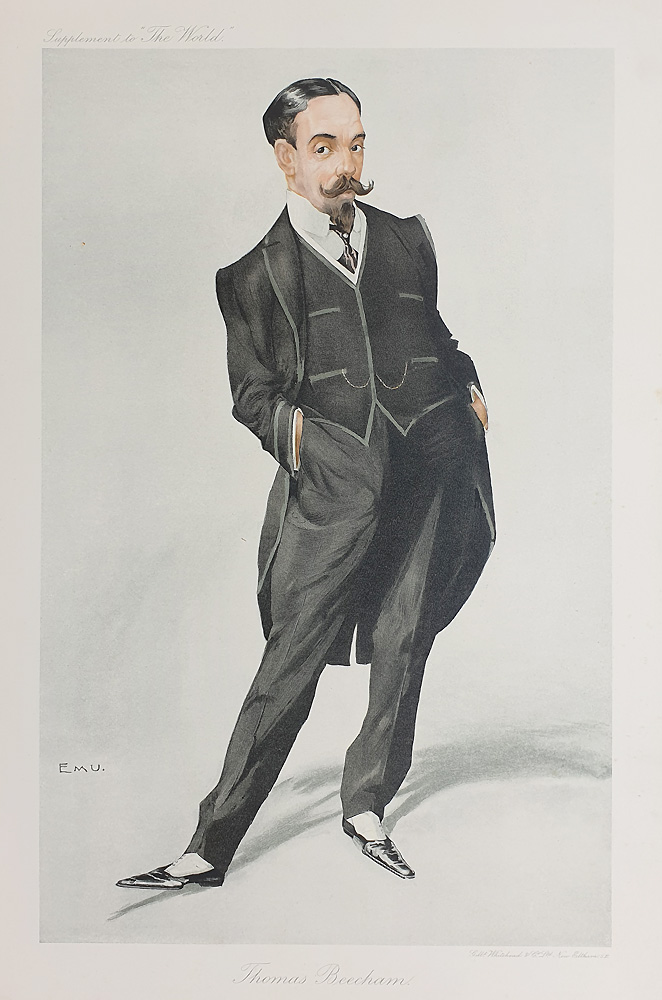 Description: The World Supplement chromolithograph print by Spy. Very scarce.
An English conductor and impresario, London Philharmonic and the Royal Philharmonic orchestras. He was also closely associated with the Liverpool Philharmonic and Hallé orchestras. Beecham was a major influence on the musical life of Britain and was thought to be Britain's first international conductor.