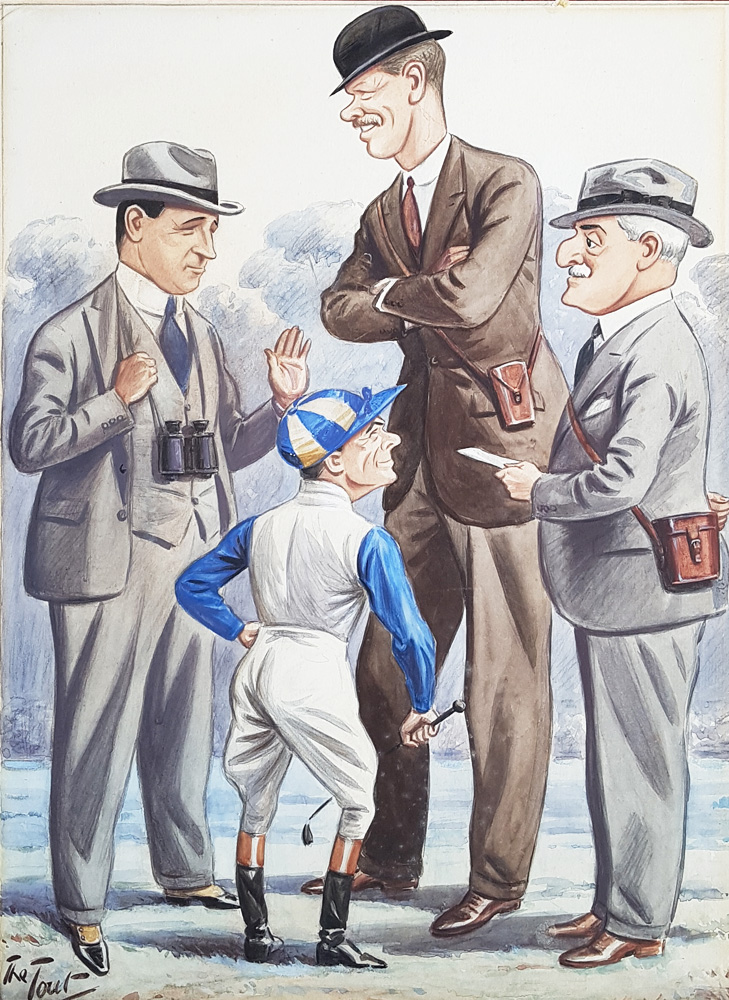 Description: Original watercolour and ink caricature for The Talter magazine by The Tout.

Inscribed verso, "Jack Jarvis tells Sir Lawrence Phillips and Mr Edward Esmond to fear nothing , Mr Esmond is the owner of "Hotbead" at present favourite for the St Ledger & the horse that won the French Derby and Grand Prix. Sir L Phillips is a brother in law of ***** and owner of ***** Clarsie winner in Flamin(?)".