Tout Original Caricature - " Hats for Ascot or some popular "makers" 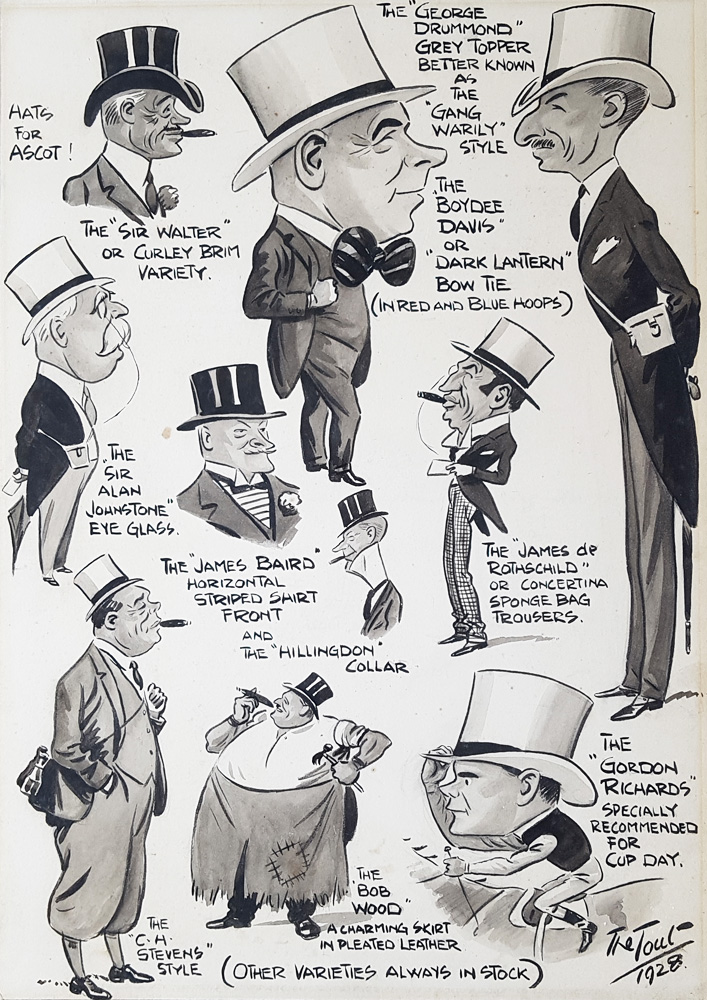 Title: "Hats for Ascot or some popular "makers"

Description: A group of ten, original, monochrome watercolour and ink caricatures for The Talter magazine by Peter Ronald Buchanan aka 'The Tout'.

Inscribed verso, ' Hats for Ascot or some popular "makers" that will be probably seen and recognised among the mere mortals in the ***** at Ascot this week.'

Tout Cartoon - Hats for Ascot or some popular makers