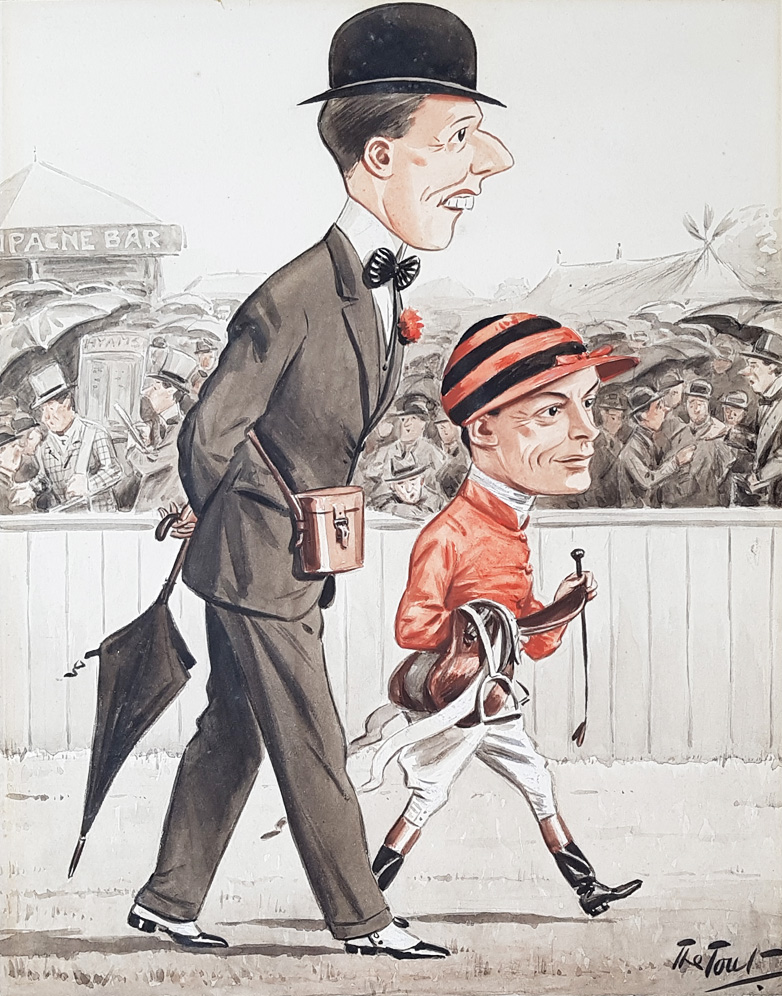 Title: "Manna and the St. Leger"

Description: Original watercolour and ink caricature for The Talter magazine by Peter Ronald Buchanan aka 'The Tout'.

Mr Harry Morriss and Steve Donoghue (jockey) at the top of the picture is "Manna and the St Leger". Crowd with champagne bar in the background.

Inscribed verso, 'Morriss his subsequent triumph in the Derby brought his name to the lips of thousands. Today he is out to win the triple crown and with Steve up the gallant little Manna will have more than a sporting chance of doing it.( It has appeared in the Tatler and has the No. 1264.'