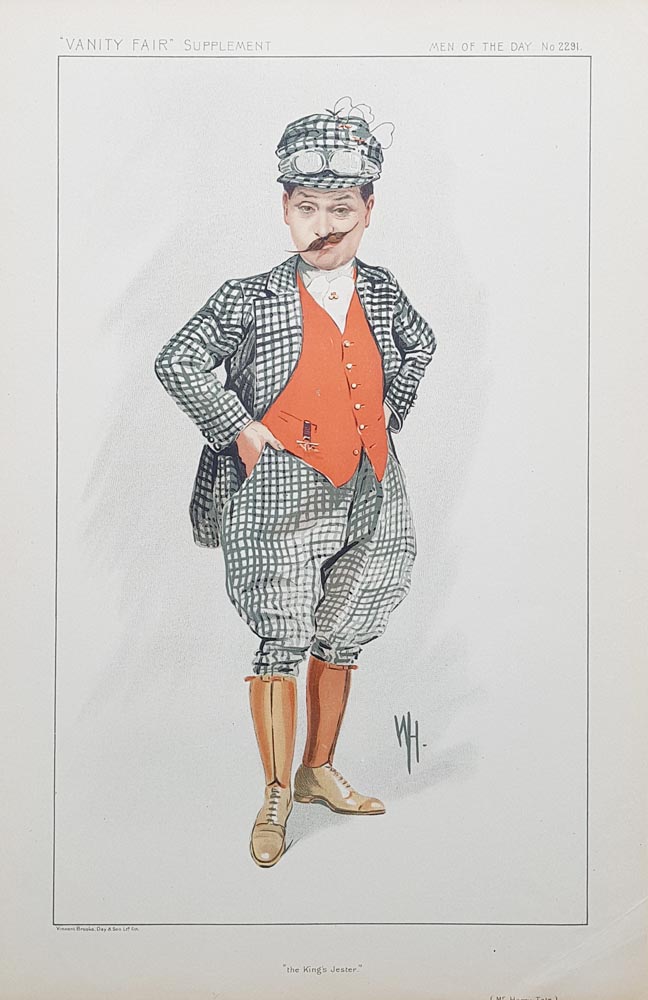 Ronald Macdonald Hutchison (4 July 1872 - 14 February 1940), professionally known as Harry Tate, was a comedian who performed both in the music halls and in films. Tate worked for Henry Tate & Sons, Sugar Refiners before going on the stage, and took his stage name from them.

The term "Harry Tate" entered the 20th century English language as a form of cockney rhyming slang, initially meaning "late", because of Tate's comedic routines about automotive troubles. Around mid-1915, "Harry Tate" began to serve as slang for "plate". When the Royal Aircraft Factory R.E.8 biplane was introduced in late 1916 and 1917, the "R.E.8" designation spoken aloud was observed to sound similar to Tate's name, so the fliers nicknamed the aeroplane "Harry Tate". After the war, "Harry Tate" settled into a meaning of "state" in cockney rhyming slang.