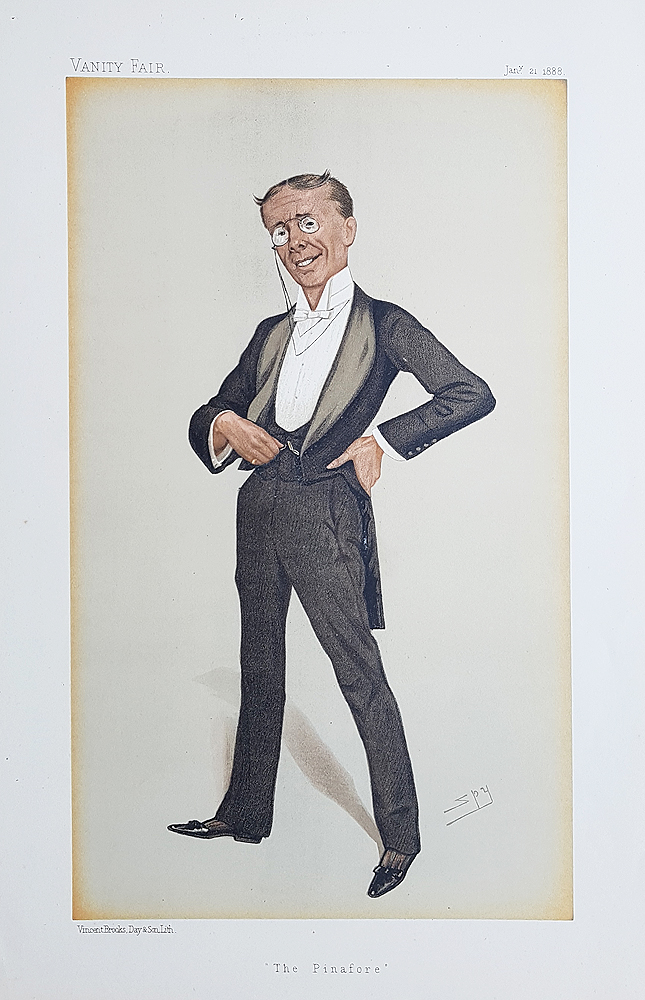 Men of the Day No. 393 . George Grossmith (9 December 1847 – 1 March 1912) was an English comedian, writer, composer, actor, and singer. His performing career spanned more than four decades. As a writer and composer, he created 18 comic operas, nearly 100 musical sketches, some 600 songs and piano pieces, three books and both serious and comic pieces for newspapers and magazines.

Grossmith is best remembered for two aspects of his career. First, he created a series of nine memorable characters in the comic operas of Gilbert and Sullivan from 1877 to 1889, including Sir Joseph Porter, in H.M.S. Pinafore (1878), the Major-General in The Pirates of Penzance (1880) and Ko-Ko in The Mikado (1885–87). Second, he wrote, in collaboration with his brother Weedon, the 1892 comic novel Diary of a Nobody. Famous in his day for performing his own comic piano sketches and songs, both before and after his Gilbert and Sullivan days, becoming the most popular British solo performer of the 1890s. Some of his comic songs endure today, including "See Me Dance the Polka".

He continued to perform into the first decade of the 20th century. His son, George Grossmith, Jr., became a famous actor, playwright and producer of Edwardian musical comedies. Became a reporter in Bow Street Police Court.

Condition: Some oxidization to edges as published.