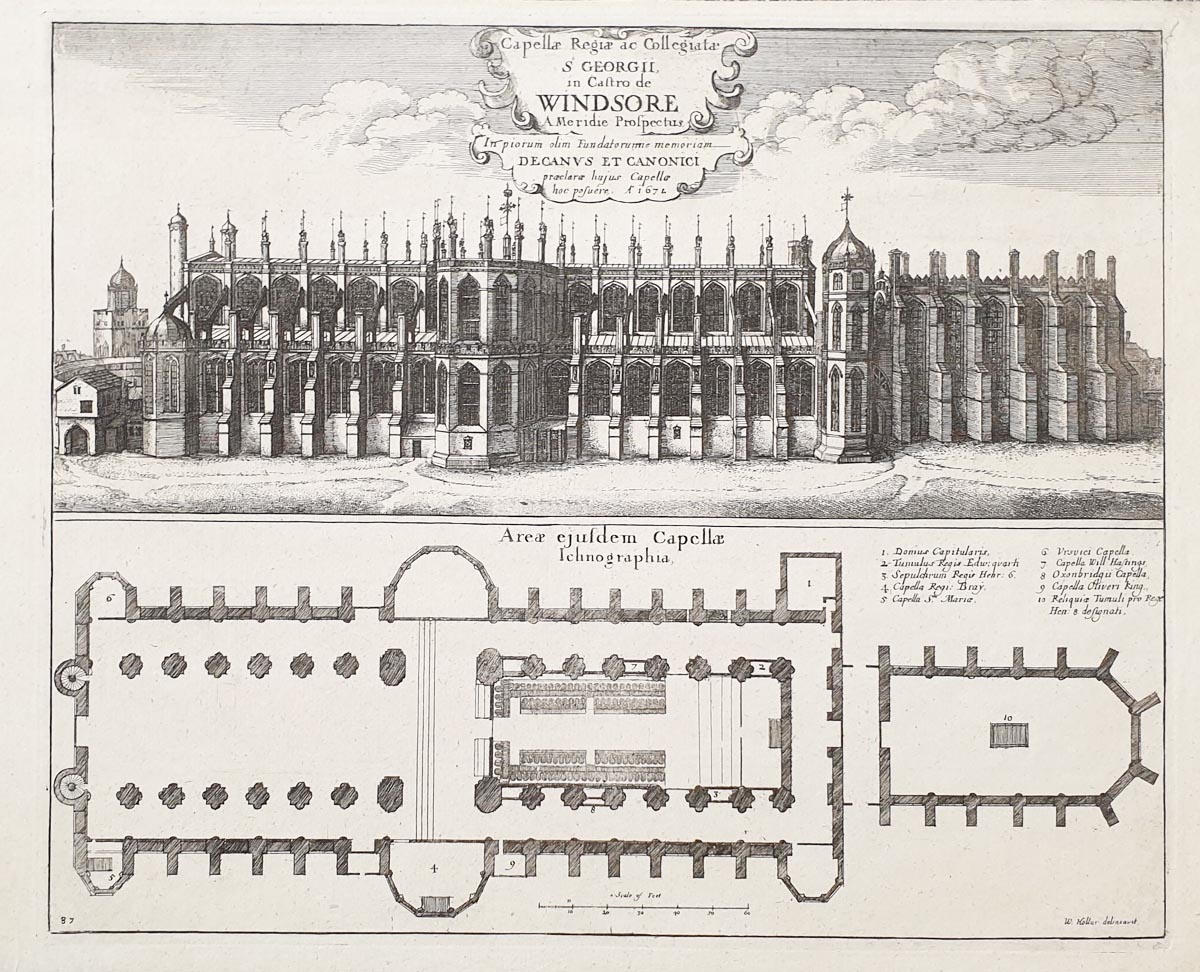 Publication: Monasticon Anglicanum: or, the History of the Ancient Abbies, Monasteries, Hospitals, Cathedral and Collegiate Churches, with their Dependencies, in England and Wales

Description: Copperplate etching drawn and engraved by Wenceslaus Hollar. View of St George's Chapel from the south with a ground plan beneath. At the centre can be seen the stalls for the Knights of the Garter. To the north of the altar is the tomb of Edward IV, above which Henry constructed a chamber from which his wife Katherine of Aragon could watch Mass. Katherine Parr was later to observe Henry's funeral from this window. Henry's own tomb was planned for the centre of the Lady Chapel to the east, but was never completed.

Condition: Bold imprint generous margins with some marks and creases. Copy in the Royal Collection and the National Trust Collection.

Wenceslaus Hollar (23 July 1607 – 25 March 1677)
An engraver, etcher and artist of the 17th century, who spent much of his life in England. Hollar was one of the best and most prolific artists of his time. His work includes some 400 drawings and 3000 etchings. Hollar produced a variety of works. His plates number some 2740, and include views, portraits, ships, religious subjects, heraldic subjects, landscapes, and still life in many different forms He is known to German speakers as Wenzel Hollar; and to Czech speakers as Václav Hollar. He is particularly noted for his engravings and etchings. He was born in Prague, died in London, and was buried at St Margaret's Church, Westminster In 1652 he began working for the publisher John Ogilby and the antiquarian Sir William Dugdale. Over the next twenty-five years he etched no fewer than 566 plates for them.